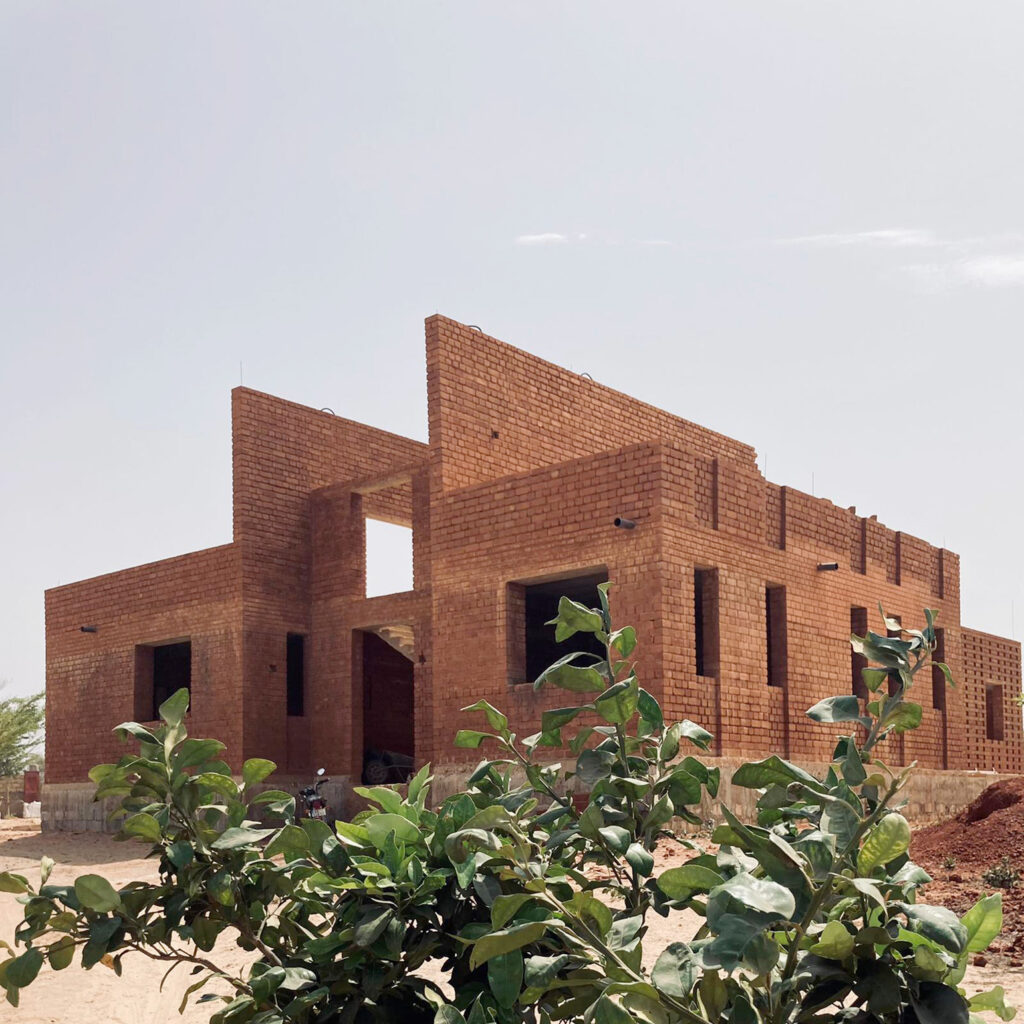 Keur Guilaye is a one storey family house with a mezzanine. The spatial layout regroups various volumes around a central communal space reminiscent of the traditional courtyards where everyone gathers. The central space has a large opening to bring light but also enhances the airflow and possibility for cross ventilation throughout the house. The brick detailing was carefully designed to build up a unique texture and materiality on the façade only achievable by using compressed earth blocks. On the interior, the same bricks allow for recessed niches to be made in the walls that can be used for shelving without taking up more spaces in the plan. 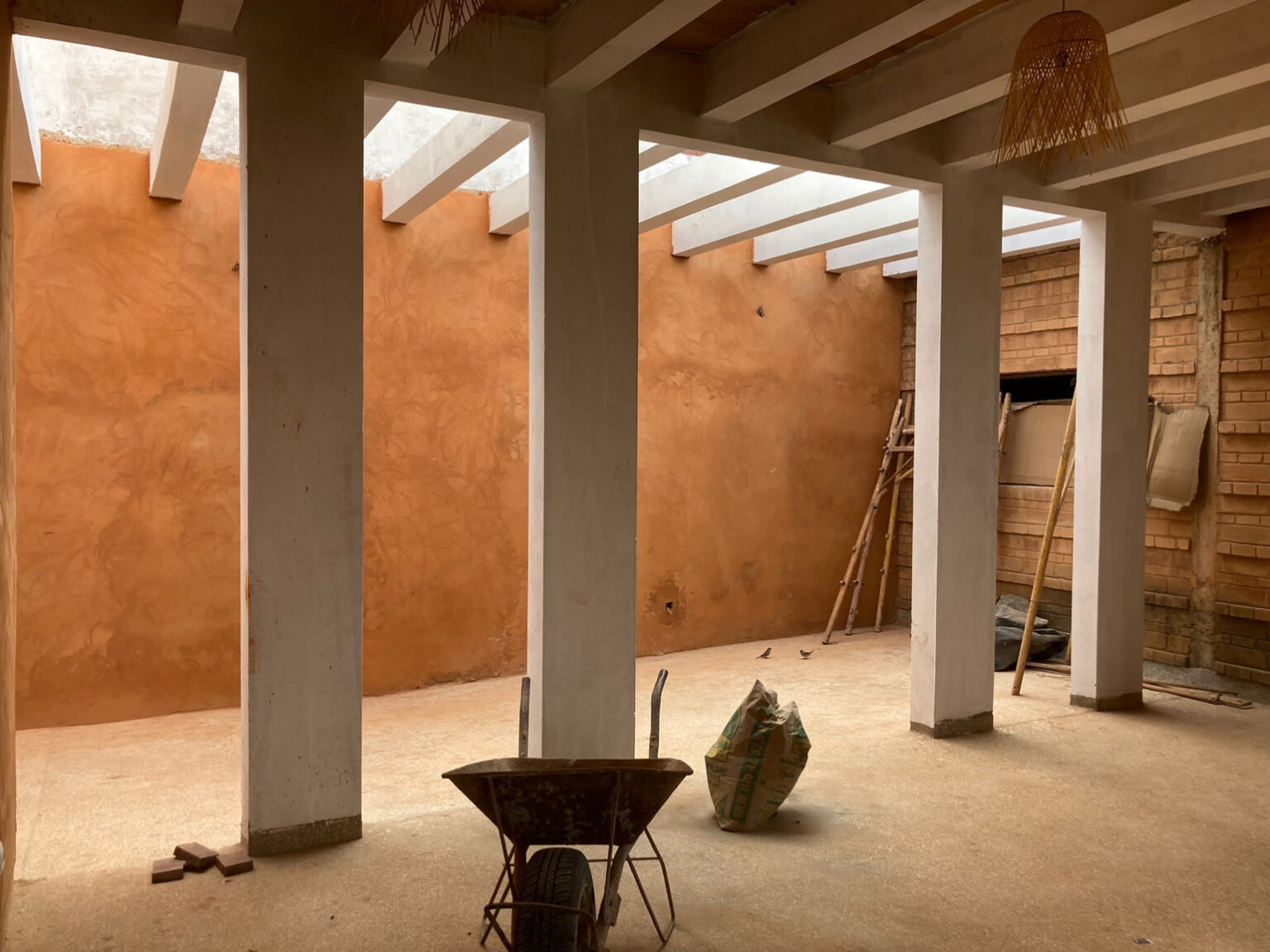 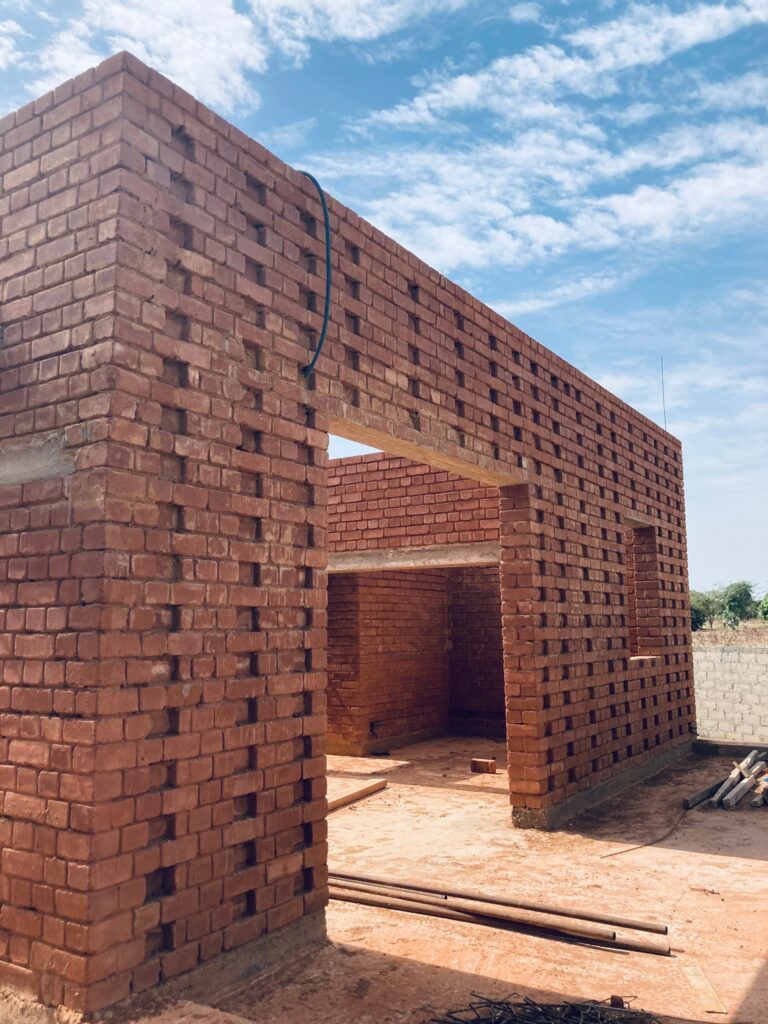 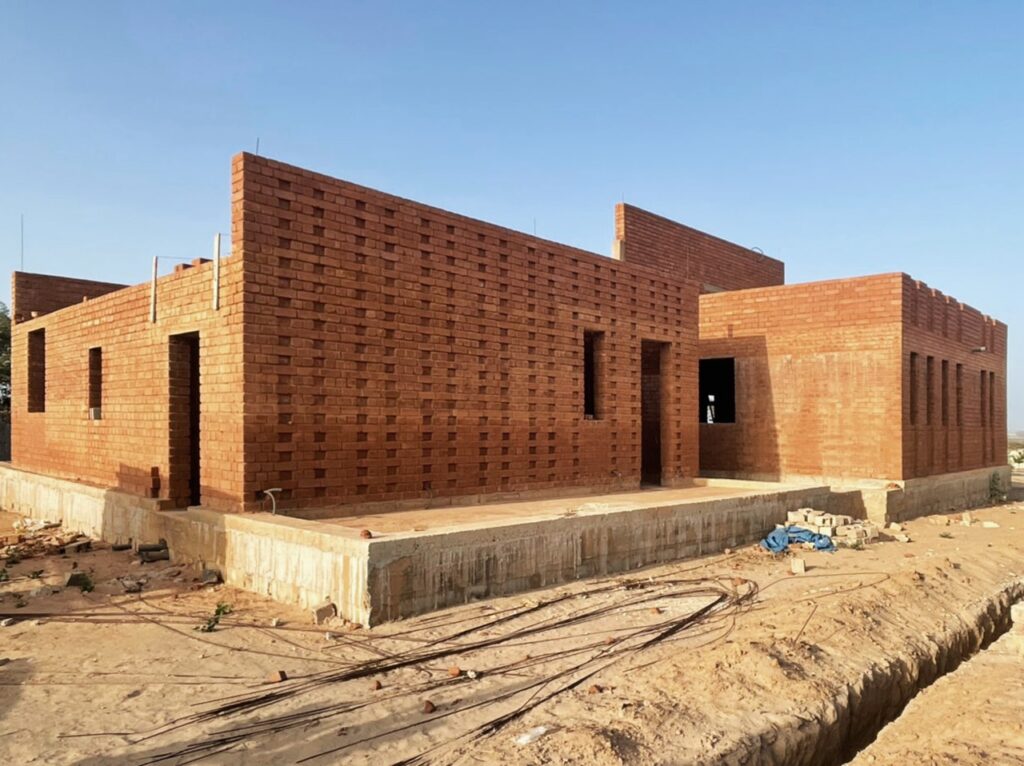 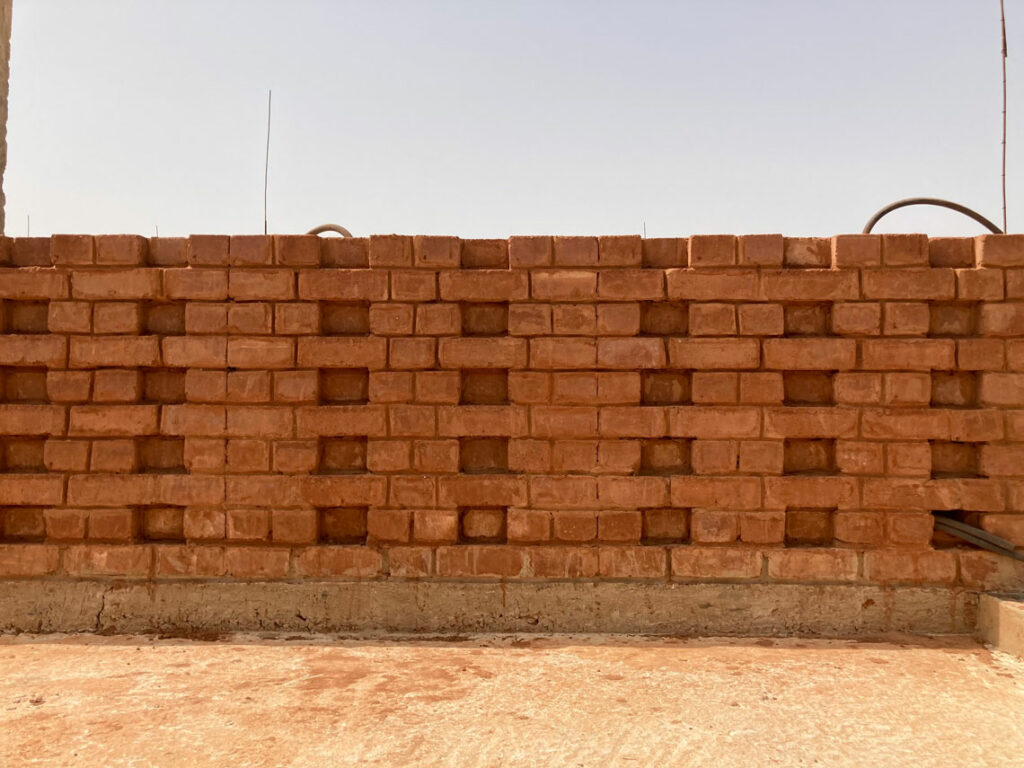