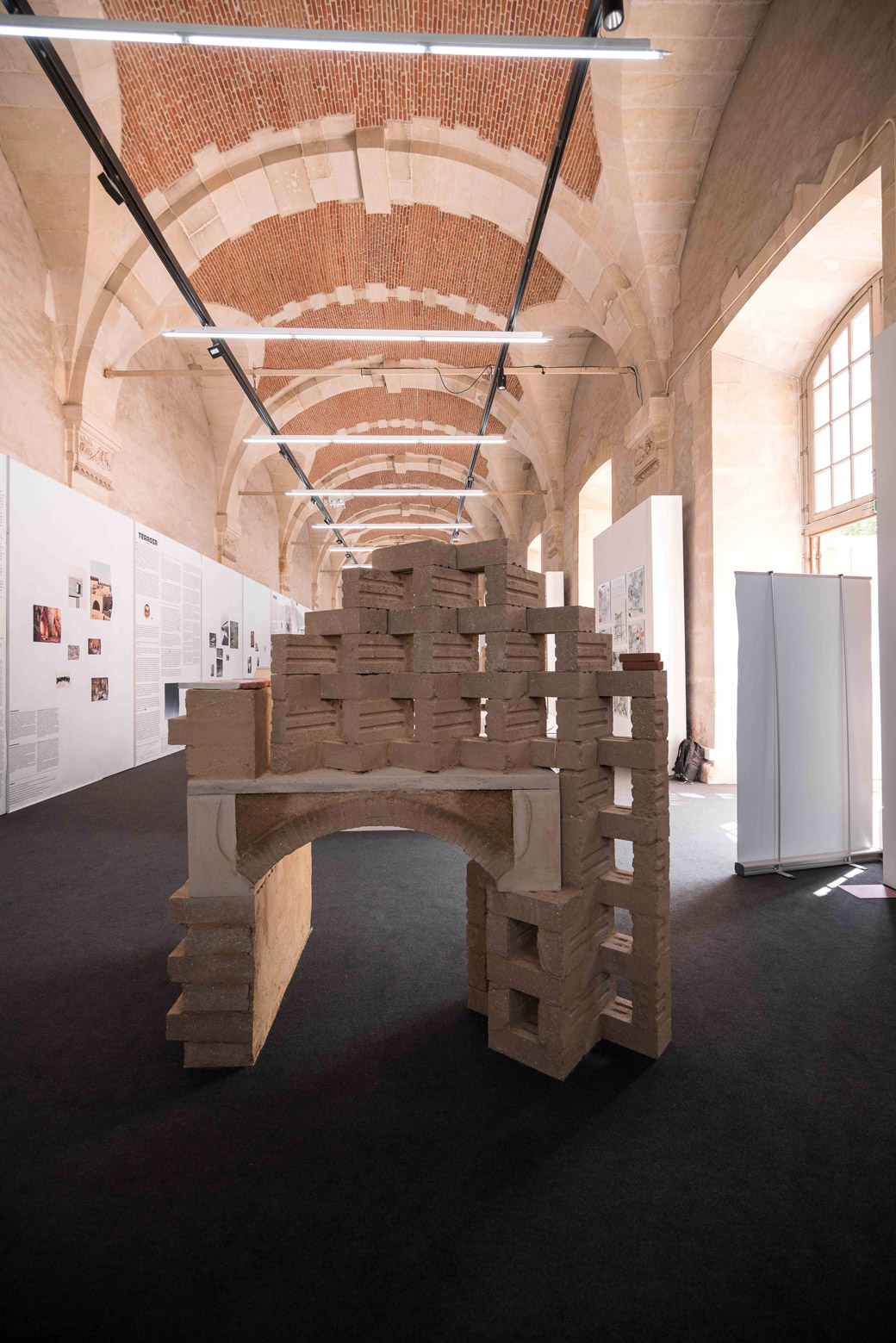 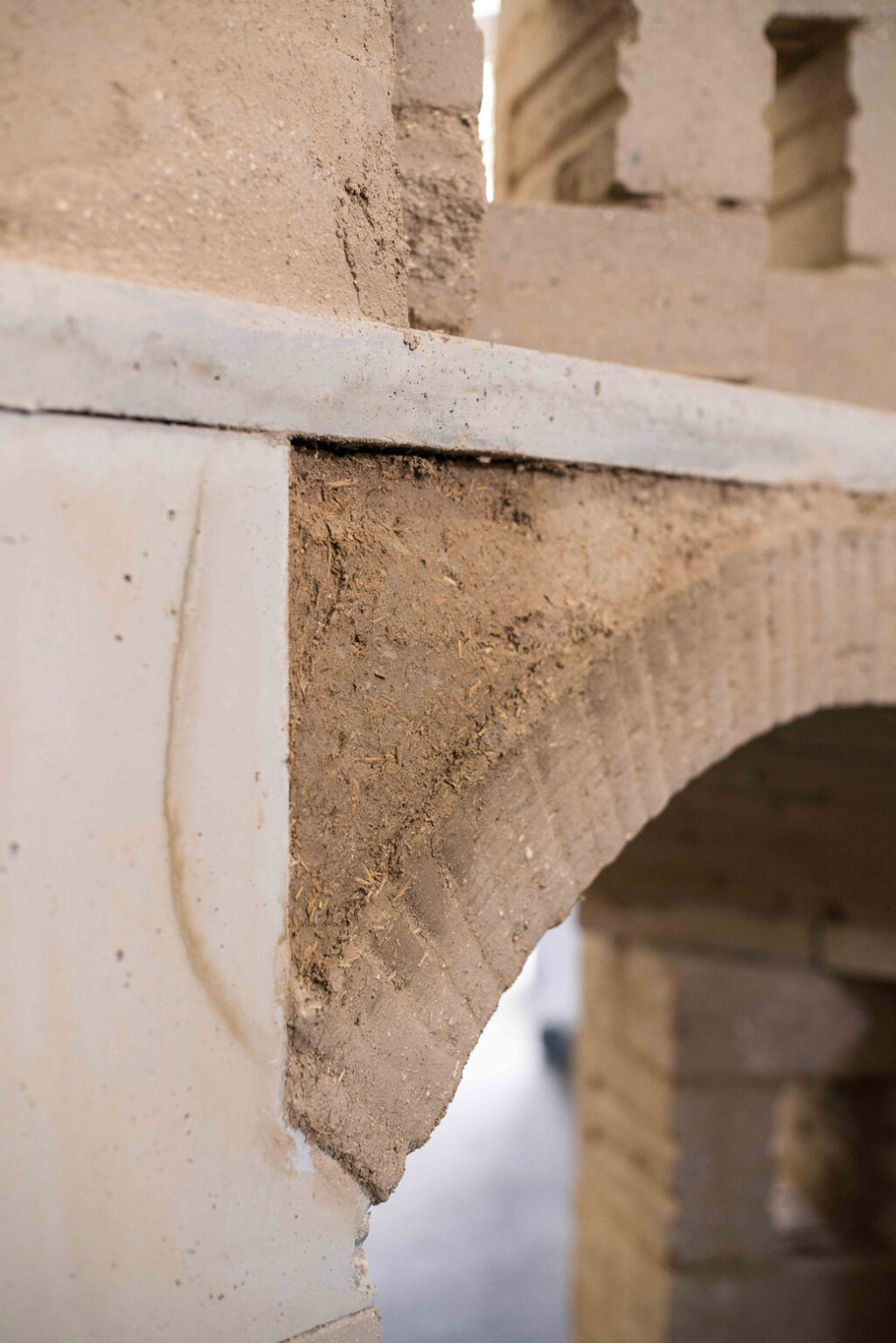 Our contribution to the Biennale of Architecture and Landscape aims to question the notion of beauty and in doing so, weave links between thermal efficiency and aesthetics, a way of making the visible-invisible theme resonate.

The proposed pavilion built with compressed earth brick and typha combines a North-South facade, an East-West facade and a vaulted floor taking into account the economy of material, means, energy and the thermal role of the implementation of the material.

On the North-South facade, the layout and the size of the bricks have been studied to provide shade on the facade as soon as the latitude of the sun reaches 30°, which corresponds to the hottest hours of the day (9 a.m. and 5.30 p.m. ). On the East-West facade, the layout is adapted to the two solstices of the year to provide direct or indirect light: it blocks the hot and direct rays of summer and allows the sun's rays to pass through in winter. The opening of the layout is in line with the prevailing winds to take advantage of natural ventilation all year round. Finally, the vaulted floor makes it possible to implement a load-bearing structure in BTC covered with an earth-typha mixture, which serves as thermal and acoustic insulation. 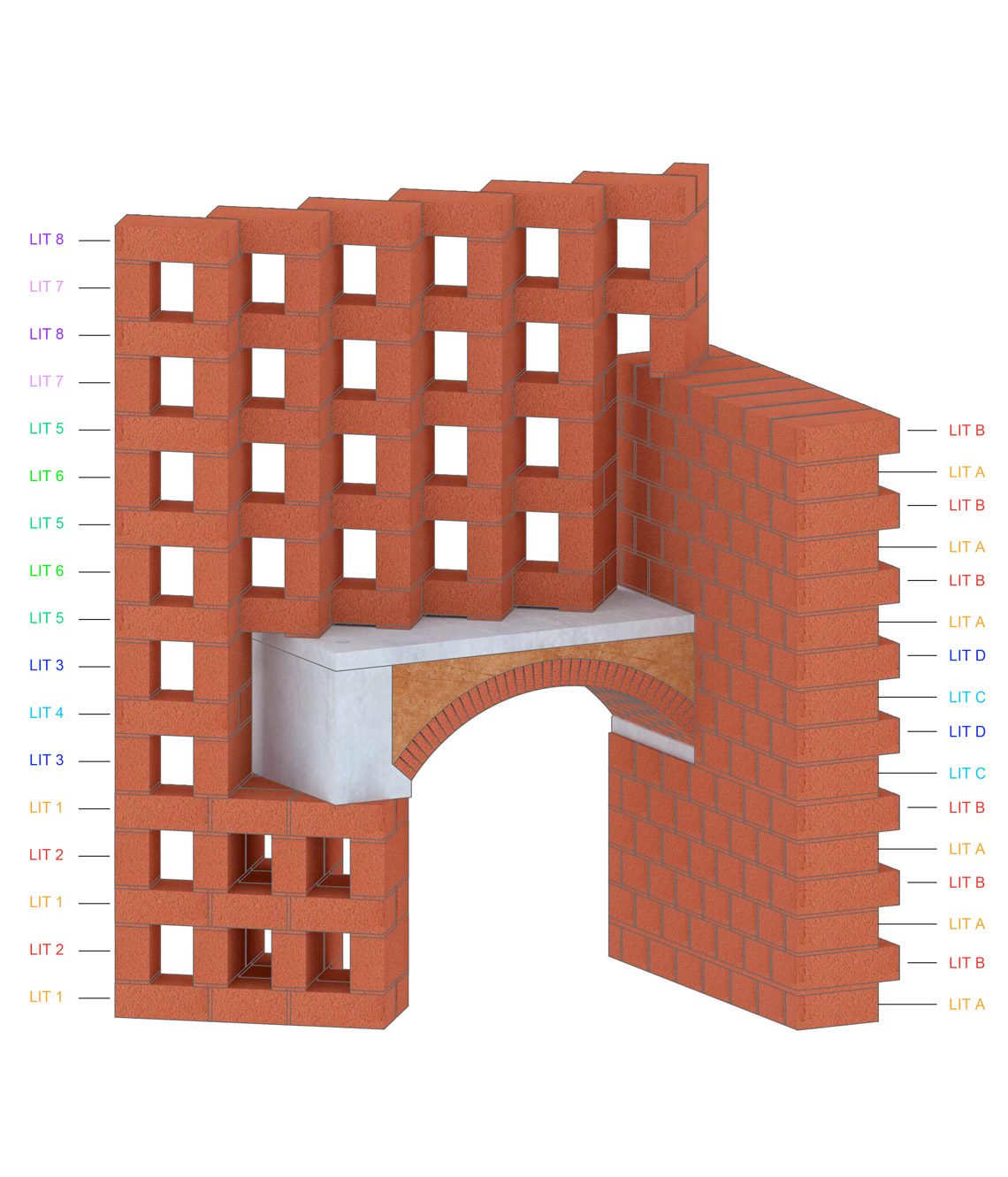 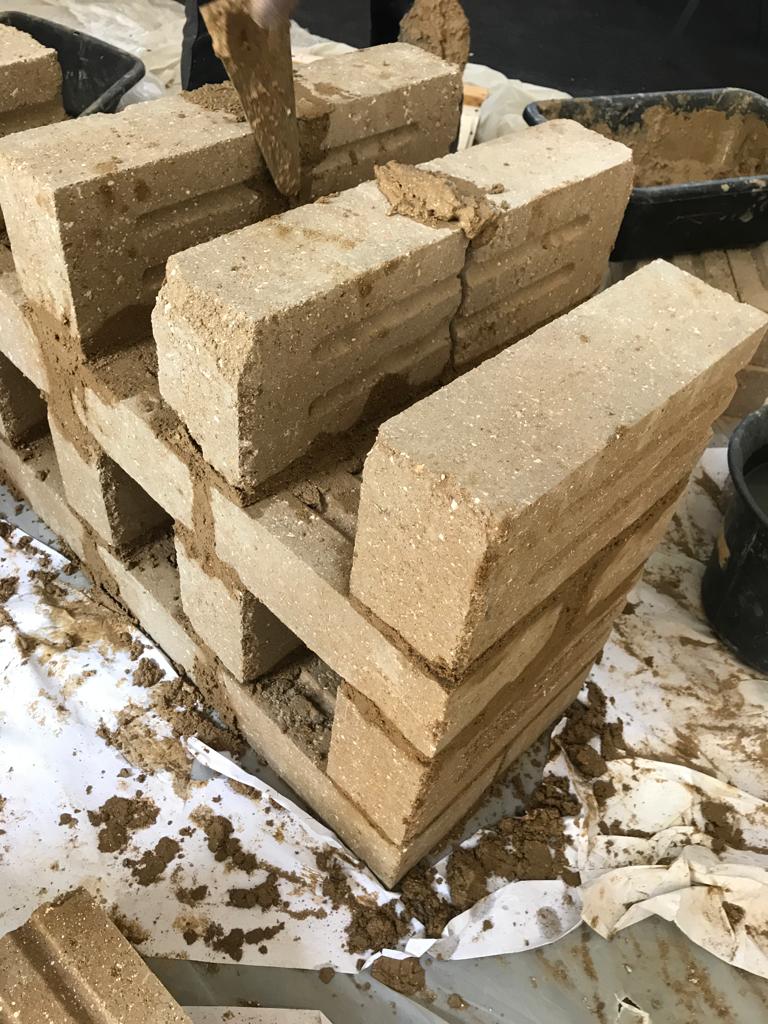 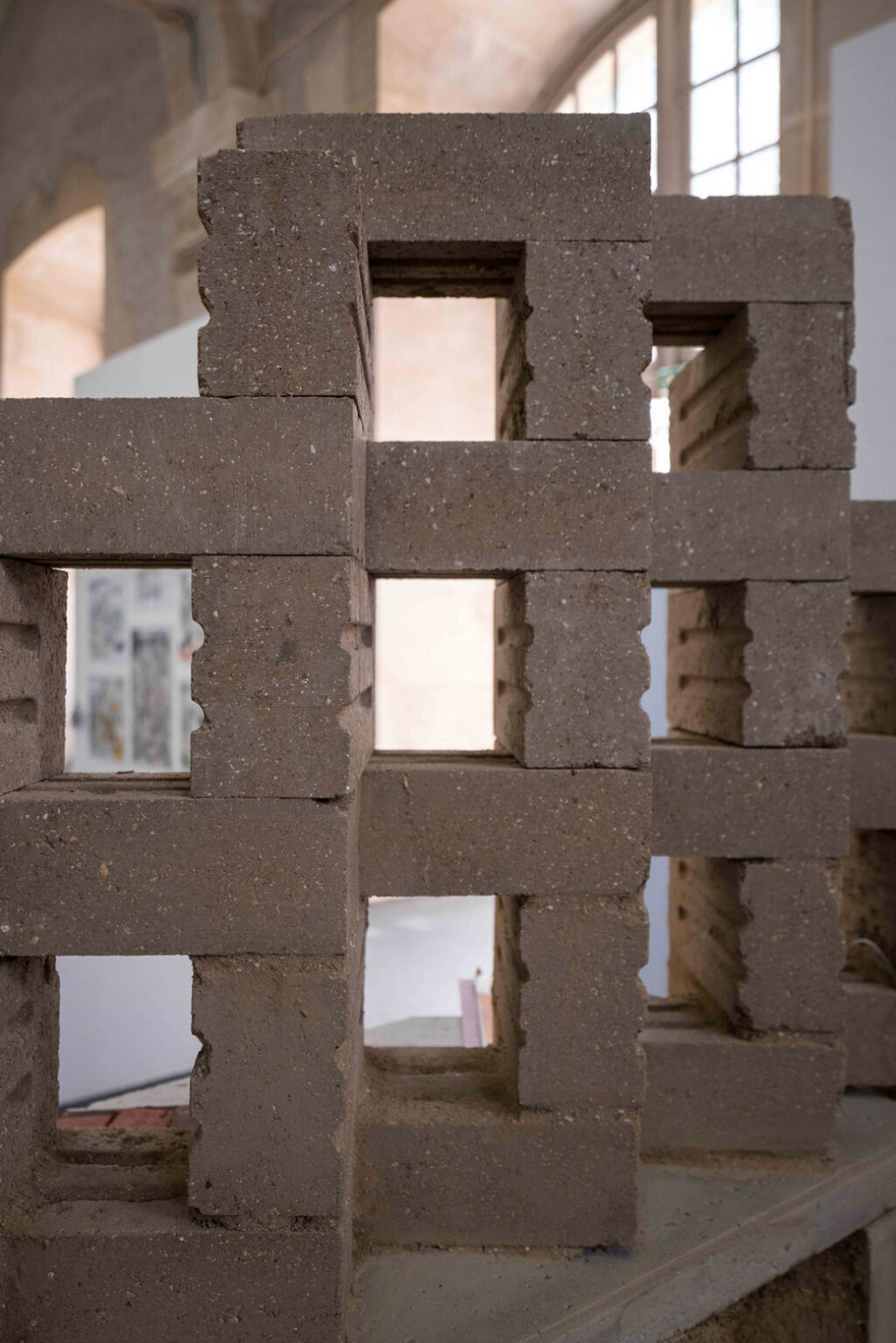 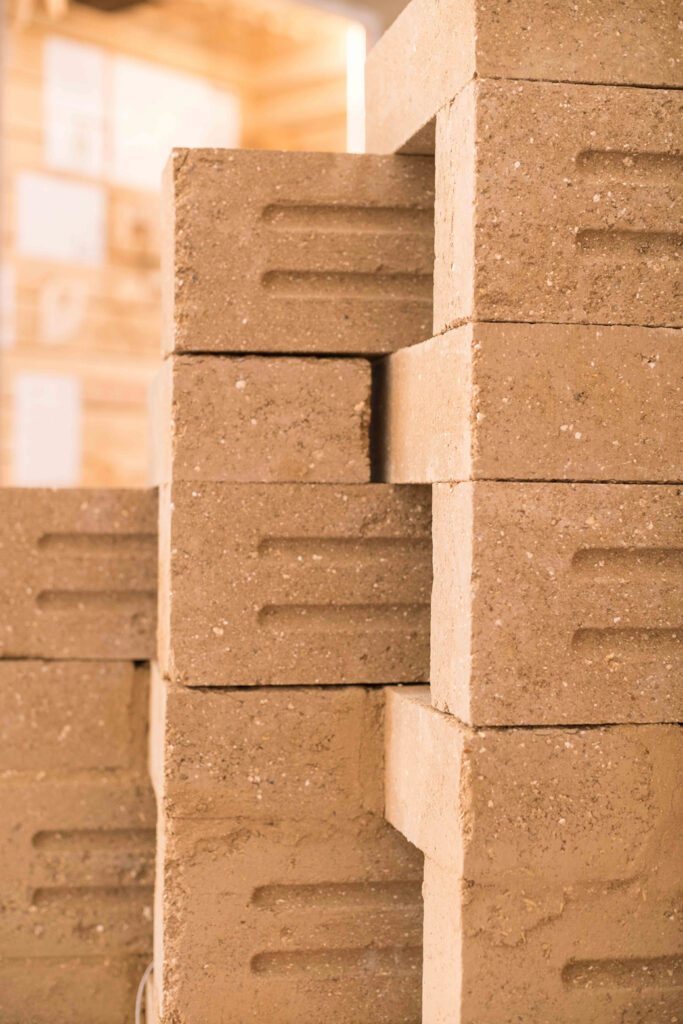 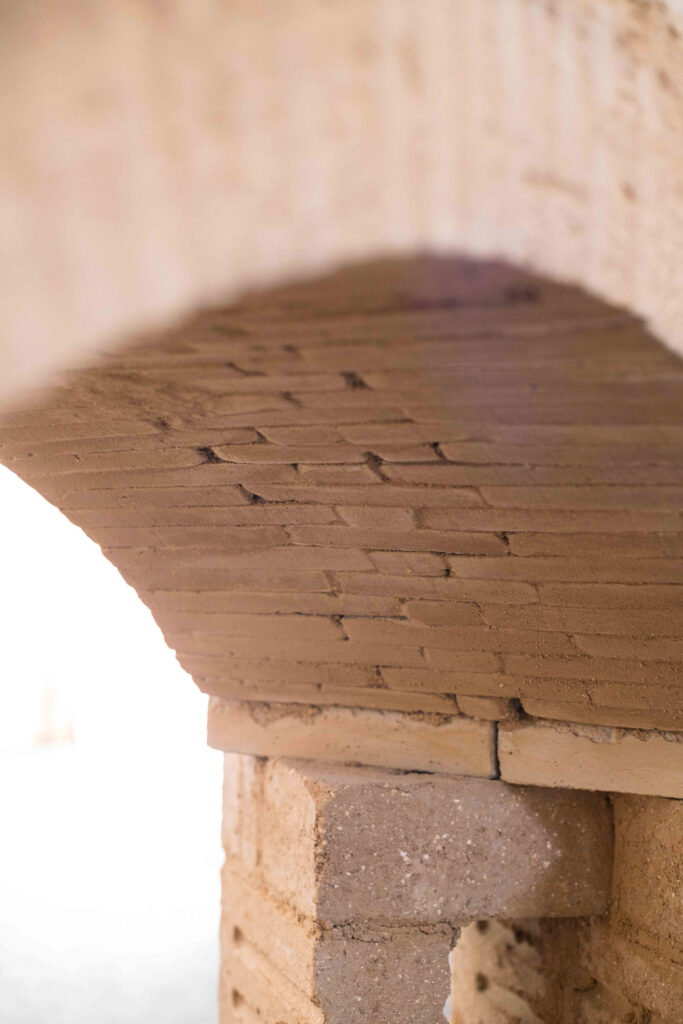